Cyberpunk 2077: Everything You | Sidnaz Blog

Cyberpunk 2077 is out, after several delays. The first teaser was revealed back in 2012. That’s right, eight years ago! Then, a year later, there was a short teaser trailer for Cyberpunk 2077 that got fans interested in the game. Then, about two years ago at E3 2018, the game was showcased for the first time and ever since then, fans have been waiting eagerly. Now, the game released on Thursday, December 10. While Cyberpunk 2077 has received overall positive reviews, there are some things you should know before you purchase, if you haven’t already pre-ordered it.

Developed by Polish video game developer CD Projekt Red that gained traction with the Witcher franchise – particularly Witcher 3: Wild Hunt – Cyberpunk 2077 will be released globally on December 10 or December 9, depending on the region.

The game will be released on December 9 or December 10, depending on the region

Cyberpunk 2077 is releasing on PC, PlayStation 4, Xbox One, and Stadia. It will also be playable on the next-generation PlayStation 5 and Xbox Series X/S as well. Having to fine tune the game for all these platforms is what caused the latest delay in the game’s release.

On PC, the game will take up 70GB of disk space and on the PS5/ PS4, the download size is over 100GB. On Xbox, the game takes up under 60GB but as shared by Twitter user DreamcastGuy, there is a 43GB Day One patch for the game.

CD Projekt Red shared PC requirements for the game last month for running it at 1080p, 1440p, and 4K resolution.

CD Projekt Red lifted the review embargo on Monday night and aggregators like OpenCritic and Metacritic gave it a 92 out of 100 average score and 91 out of 100, respectively. The PC reviews are mostly positive but the game has numerous bugs of varied severity. The game has been referred to with all sorts of adjectives like “fantastic,” “beautiful and dazzlingly,” “open-world masterpiece,” and more. But, the reviewers have also noted bugs like scripting issues that impact NPCs, enemies may see through walls, reloading the game doesn’t accurately restore game state, floating weapons, sound mixing bugs, and more, as noted by Windowscentral. You can check out our complete review roundup for Cyberpunk 2077 here. 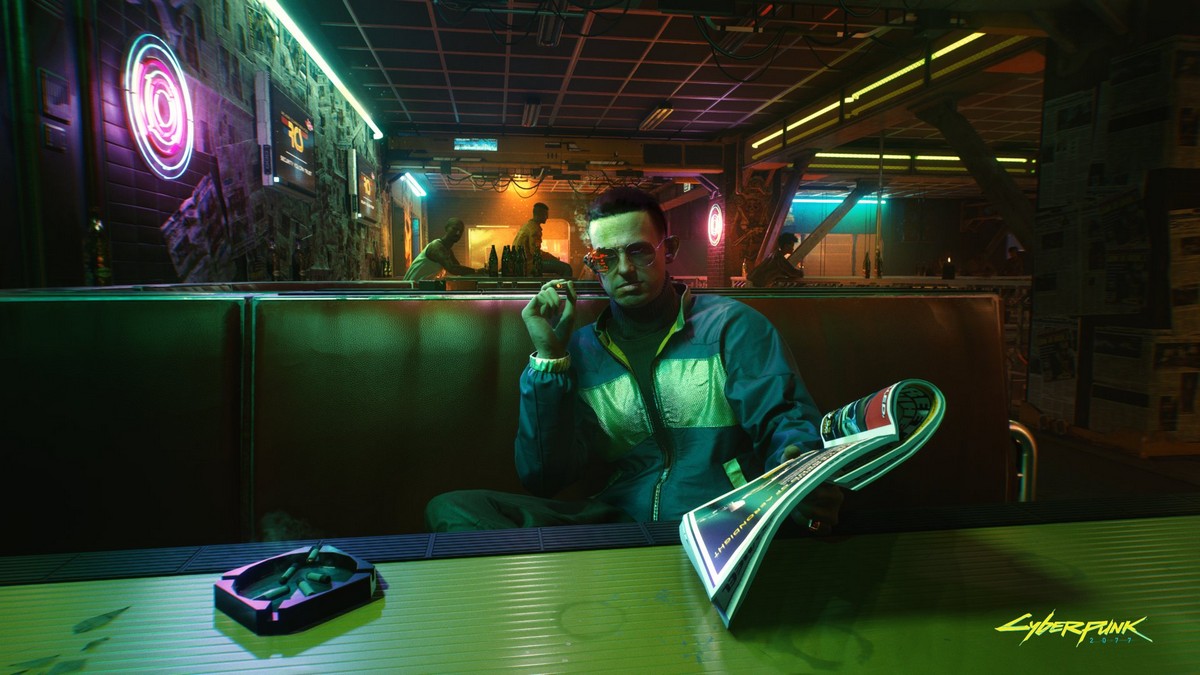 Thankfully, CD Projekt Red’s Fabian Mario Döhla tweeted that the company is aware of the bugs and “a bunch of issues reviewers encountered (and reported) have been fixed already, some more are part of the update.” This comes as good news for players who have purchased the game and those who are waiting for it to be fixed.

Additionally, the developers have announced they are working on adding a separate epilepsy warning in the game, besides the one already present in the EULA. They also stated that the team is looking into a more permanent solution and it will be implemented as soon as possible.

There is also a ‘streamer mode’ in the game that disables copyright music when turned on so that gamers who are streaming Cyberpunk 2077 will not have to worry about copyright strikes for playing music that is owned by someone else.

Which is the best TV under Rs. 25,000? We discussed this on Orbital, our weekly technology podcast, which you can subscribe to via Apple Podcasts, Google Podcasts, or RSS, download the episode, or just hit the play button below.

Affiliate links may be automatically generated – see our ethics statement for details.