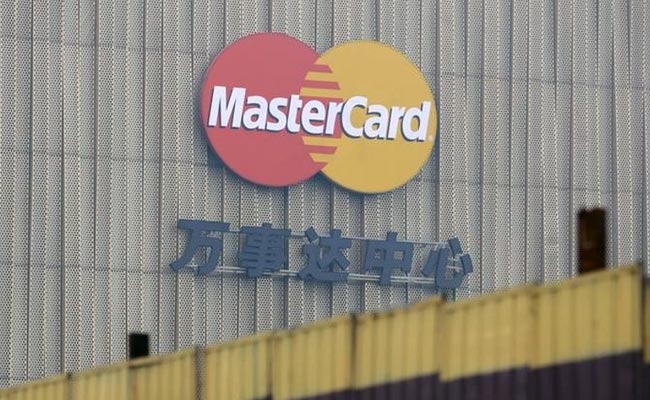 RBI’s 2018 rules were adopted despite aggressive lobbying by U.S. firms seeking to dilute them.

Wednesday’s central bank order followed similar action in April against American Express, but Mastercard is a much bigger player in the Indian market, where many lenders offer cards using the U.S. firm’s payments network.

A Reuters analysis of online card listings of 11 domestic and foreign banks in India showed Mastercard accounted for about a third of roughly 100 debit cards on offer, and more than 75 credit card variants used its network.

From July 22, the Reserve Bank of India (RBI) said, new issuance of such cards will stop as Mastercard did not comply with 2018 rules requiring foreign card networks to store Indian payments data locally for “unfettered supervisory access”.

Though existing customers will not be hit, business impact will be significant as banks need to sign new commercial deals with rival networks such as Visa, a process that can take months and involve weeks of back-end technology integration, five payment and banking executives said.

One banking executive said the switch to Visa could take as long as five months. And with American Express and Mastercard prohibited, Visa gets an unprecedented advantage in negotiations in a credit card market it already dominates.

“It will mean temporary disruption for banks, a lot of hectic negotiations and loss of business in the short term,” said one of the sources, a senior Indian banker.

The RBI’s 2018 rules were adopted despite aggressive lobbying by U.S. firms seeking to dilute them. Mastercard has said it is “disappointed” with the decision and will work to resolve the concerns.

“This is consistent with our considerable and continued investments in our customers and partners in India to advance the government’s Digital India vision,” Mastercard said in a statement on Thursday.

The decision is a major setback for Mastercard, which counts India as a key market. In 2019, Mastercard said it was “bullish on India”, announcing $1 billion in investment over the next five years, after investing $1 billion from 2014 to 2019.

Mastercard also has research and technology centres in India, where its workforce of 4,000 is the second largest after the United States, having grown from 29 in 2013.

Indians’ use of credit and debit cards has risen as digital payments have spread. By May, RBI data shows, there were more than 62 million credit cards and about 902 million debit cards, which together accounted for transactions worth $40.4 billion.

The delays in transition to Visa are also seen hitting bank fees and other incomes they generate from their cards business, the sources said.

In a research note on RBI’s decision, Macquarie flagged as a “key concern” the risk that banks could suffer as credit cards were a profitable product with a so-called post-tax return on assets of around five per cent to six per cent.

Some banks, such as India’s RBL, lists 42 credit cards on its website, all using the Mastercard network, while Yes Bank lists seven using Mastercard, though none on Visa. The Citibank website offers four Mastercard credit cards.

RBL said in a statement on Thursday that it had reached a pact with Visa for its credit cards after the RBI order, but integration would take up to 10 weeks.

One of the sources said, however, that negotiations for the deal had taken six months.

RBL said it had a share of five per cent in the credit card market but its issuance of 100,000 new cards each month could potentially be affected. Its stock fell more than three per cent in early trade.

Yes Bank in a statement said it is “evaluating migration to other platforms for seamless transition” for issuing new credit cards. A Citibank spokesperson told Reuters it was working with its partner Mastercard “to evaluate any potential impact”.