by royalstylewebsitecreations | Jul 5, 2021 | News, Others 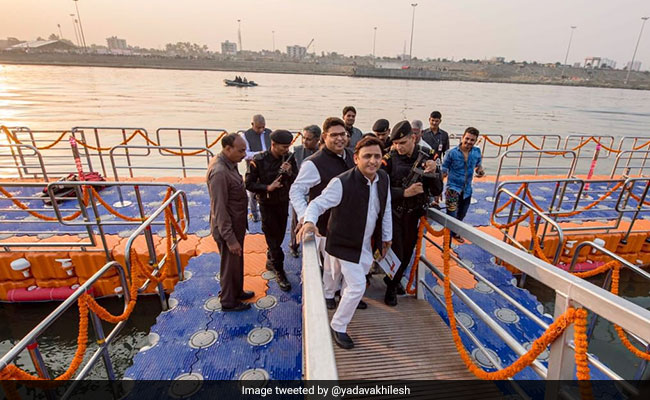 The CBI today filed a fresh case in connection with the alleged irregularities in the 1,500 crore Gomti riverfront development project in Uttar Pradesh’s capital Lucknow.

The project was carried out by the previous Samajwadi Party government but the then Chief Minister Akhilesh Yadav is not named as an accused in the case. This is the second FIR related to the project by the premier investigation agency.

Searches are underway at around 42 locations, including 40 in UP, one each in Rajasthan and Kolkata.

The raids, which began early in the morning, are also underway at the premises of three chief engineers and six superintendent engineers of the project.

One of the accused named in the FIR is the French company Aquatique Show.

According to the CBI, accused public servants, without obtaining due permission from the government, signed an agreement with Strasbourg-based Aquatique Show for 55.95 lakh Euros for supply and design of musical fountain water show at Gomti river.

Instead of following tender process, on quotation basis, the project was given to Aquatique Show, says the CBI.

The CBI had taken over the investigation after the present Yogi Adityanath-led BJP government in Uttar Pradesh ordered an inquiry into the beautification project of the Gomti riverfront.

The Uttar Pradesh government had asked for an investigation into irregularities committed with a “criminal intent” in the implementation of the Gomti River Channelisation Project and the Gomti River Front Development by the state’s Department of Irrigation.

A state-appointed committee under retired Allahabad High Court judge Alok Kumar Singh had indicated prima facie irregularities in the project in its report dated May 16, 2017.