Latest News Today – Congress On The Decline, But Still Concerned About Us 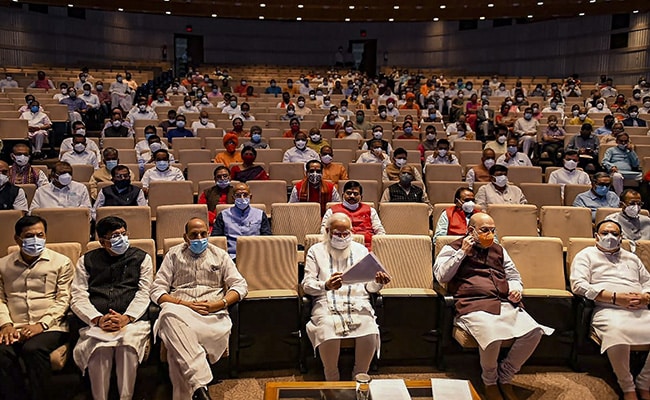 PM Modi remarked that a pandemic like the coronavirus had emerged after 100 years.

Prime Minister Narendra Modi today said the Congress was unable to digest the BJP in power and had not come out of its coma even after its defeat in Assam, Bengal and Kerala, as he tackled opposition attacks on his government’s Covid handling at a party meeting.

Addressing a weekly meeting of BJP MPs, PM Modi called the Congress’s conduct “irresponsible and unfortunate” and urged his party to take facts about the government’s work to the people, so that “the opposition’s lies didn’t fill the vacuum.”

The Prime Minister “expressed concern” that the Congress’s “sense of entitlement” was preventing the party from doing their job as opposition, according to a leader who attended the meeting.

“Congress still has sense of entitlement that it has ruled the country for 60 years and it is because of this that they haven’t been able to digest the fact that people have chosen us. As an opposition, they should take up issues of people’s welfare strongly which they aren’t doing,” the Prime Minister was quoted as saying.

The Congress, he said, was deliberately creating a negative atmosphere in the country, when in reality there is no shortage of vaccines.

“The Congress thinks it is entitled to power. It does not care about its sliding mandate. It is declining everywhere but still it is more concerned about us than itself,” PM Modi said on the opposition party.

The PM was speaking on the sidelines of parliament, which has hardly functioned since the start of the monsoon session yesterday, with the Congress and other opposition parties protesting over issues ranging from the Covid crisis to price rise and a scandal involving politicians, journalists and others targeted by Pegasus spyware that is only available to the government. On Monday, PM Modi was interrupted repeatedly by slogan-shouting as he tried to introduce his new ministers.

PM Modi said the Covid crisis was not a political but a humanitarian issue and the government had ensured no one was hungry during the pandemic.

It was a matter of concern that even today in Delhi, 20 per cent frontline warriors were not vaccinated, he said.

PM Modi remarked that a pandemic like the coronavirus had emerged after 100 years. BJP MPs should be prepared, given the warnings of a third wave, he added.

He urged BJP leaders to go to fair price shops on July 24 and 25, when free ration would be distributed, to counter opposition propaganda on the Covid fight.