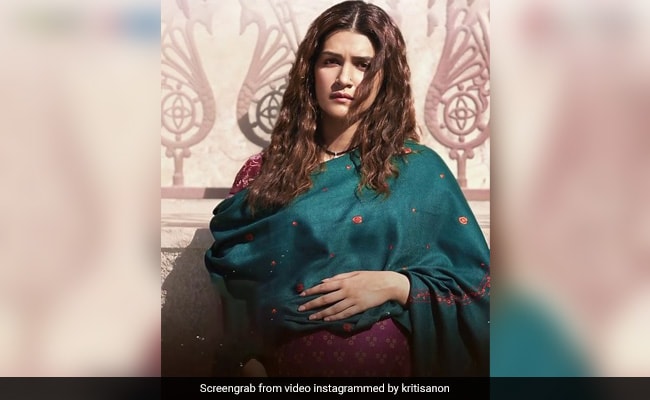 In a surprising turn of events, Kriti Sanon’s Mimi released four days earlier than its scheduled date. The makers of the film decided to spring in an early birthday surprise for the film’s lead actor Kriti Sanon and released the film on her birthday eve on Monday. Kriti Sanon, 31 today, sharing a video from her virtual celebrations with the film’s team, wrote in her post: “Miimi streaming now! Mimi went into labour early! Our baby couldn’t wait to see you all! Mimi streaming now on Netflix and Jio Cinema. Woooohhhhooooo!”

This is how Pankaj Tripathi announced on Instagram that the film is streaming on Netflix and Jio Cinemas. Pankaj Tripathi and Kriti have earlier co-starred in films like Arjun Patiala, Luka Chuppi, Dilwale and Bareilly Ki Barfi.

Mimi showcases the story of a feisty girl named Mimi, who becomes a surrogate mother and the circumstances that follow in the next 9 months. Pankaj Tripathi as Mimi’s friend stands by her through thick and thin. The film also stars Supriya Pathak, Sai Tamhankar and Manoj Pahwa and it has been directed by Laxman Utekar and it has been produced by Dinesh Vijan. AR Rahman has composed the music for the film.