Neetu Kapoor, on Tuesday evening, gave us the first glimpse of her New Year vacation and it also features Ranveer Singh. Surprised, right? The actress flew out of Mumbai on Tuesday morning with son Ranbir Kapoor, his girlfriend Alia Bhatt, daughter Riddhima Kapoor Sahni and granddaughter Samara for a family vacation in Jaipur. Ranveer Singh and Deepika Padukone were also photographed at Jaipur airport on Tuesday morning. It has been reported that the duo will also ring in the New Year in Jaipur. On her Instagram stories, Neetu Kapoor shared a picture of herself chilling with son Ranbir and Ranveer Singh. Deepika Padukone and Alia Bhatt were MIA. Neetu Kapoor’s another story featured her posing with Riddhima. 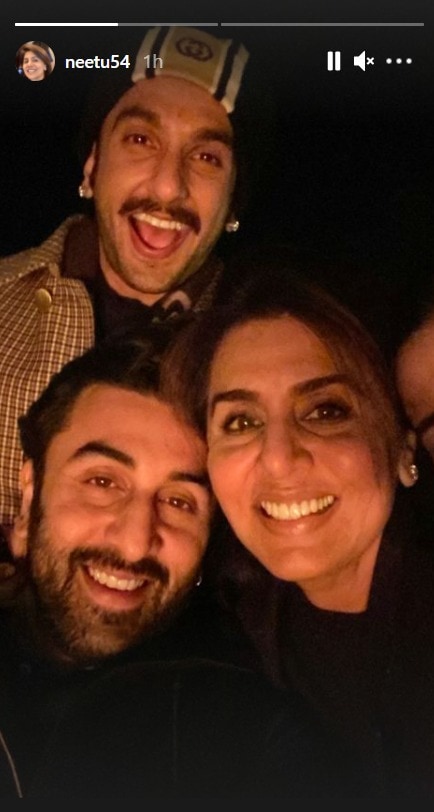 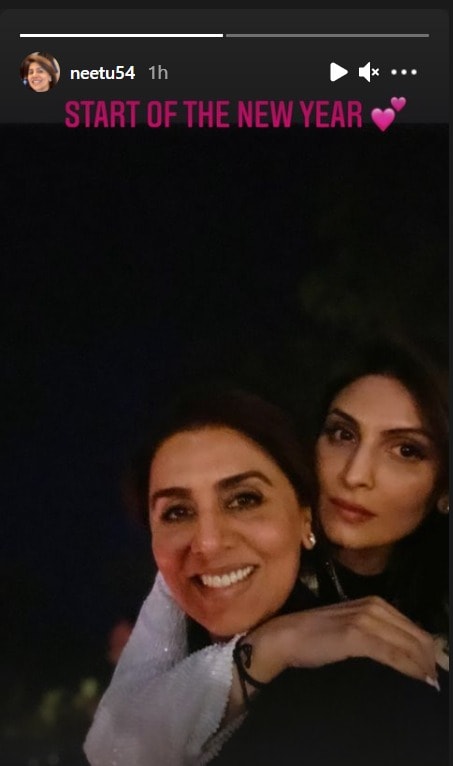 Deepika Padukone and Ranbir Kapoor have dated in the past. Deepika got married to Ranveer Singh in 2018 after dating for six years while Ranbir Kapoor, in a recent interview, revealed that he would have married Alia Bhatt this year if the pandemic had not hit their lives.

Ranbir Kapoor, in an interview with film critic Rajeev Masand recently, called Alia Bhatt his “girlfriend” and said this about their wedding plans: “It would have already been sealed if the pandemic hadn’t hit our lives. But I don’t want to jinx it by saying anything. I want to tick mark that goal soon in my life.”

Ranbir Kapoor and Deepika Padukone have worked together in films like Bachna Ae Haseeno and Tamasha.Ranveer’s film Gully Boy with Alia Bhatt was a hit in 2019.