From 100% PCR tests at the very start of the pandemic, India is now down to less than 60% PCR tests – while Antigen tests have risen sharply from a negligible number to now almost 5.5 crores, which accounts for over 40% of total tests. And, every week, there is a continuous rising trend of Antigen testing.

This table clearly shows the good, the bad and the ugly states. Bihar, Telangana, Gujarat, Delhi and UP are India’s 5 worst states with less than 50% PCR tests. Tamil Nadu and Rajasthan are excellent with 100% PCR tests.

States with a high level of Antigen testing are likely to miss a large number of positive cases. Once again, Bihar – especially during the run up to elections – was the worst state in India in under-reporting Covid cases. The true number of Covid cases in Bihar was an outrageous 132% of the officially reported cases. Telangana and Gujarat have also grossly under-reported the Covid pandemic in their states.

But what do these percentages mean in actual numbers?

India has not reported 3.4 million Covid cases because of the deliberate increase in the use of the unreliable Antigen tests.

The official number of Covid cases in any state depends of course on the population of each state, how badly Covid has spread in the State, all tempered by the extent of Antigen testing in that state.

Maharashtra and Delhi have the highest actual numbers of missing Covid cases – together missing over 10 lakh Covid cases.

Once again Tamil Nadu and Rajasthan are the two most responsible and honest reporting states, along with Punjab – accurately measuring and reporting on the number of Covid cases in their states. 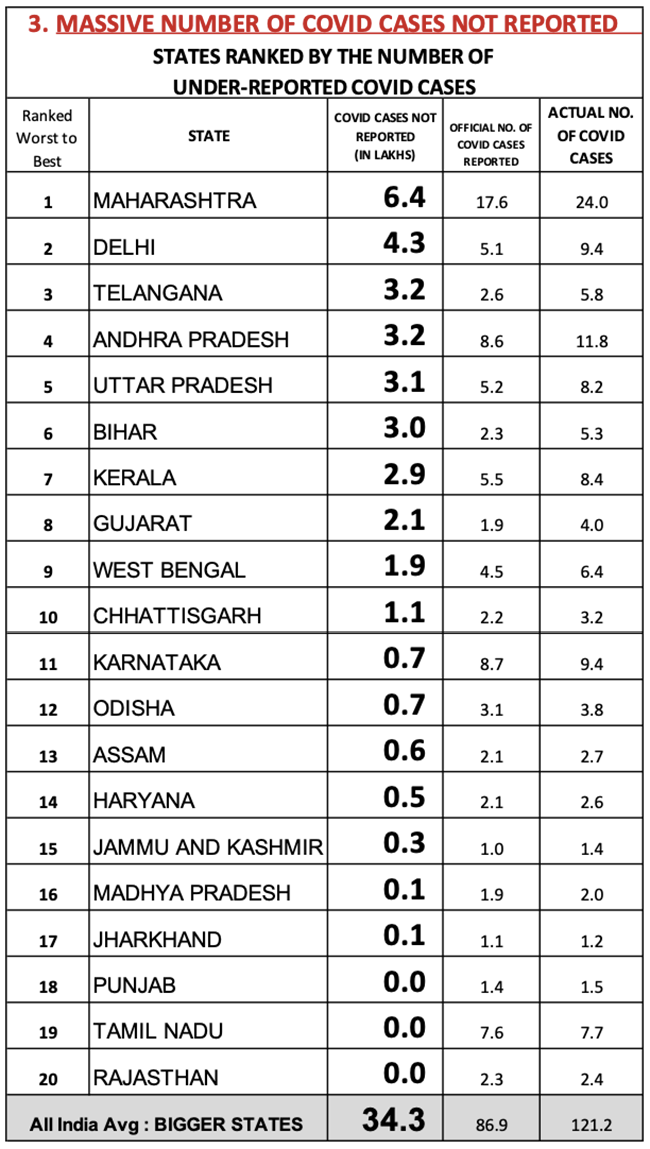 The true ranking of any state in how well it is testing its population is the number of PCR tests being conducted.

Bihar, Telangana and Gujarat are the worst in the numbers of PCR tests per head of their population.

Overall, India is not using PCR tests enough – only 550 of every 10,000 citizens of India are being tested using PCR. 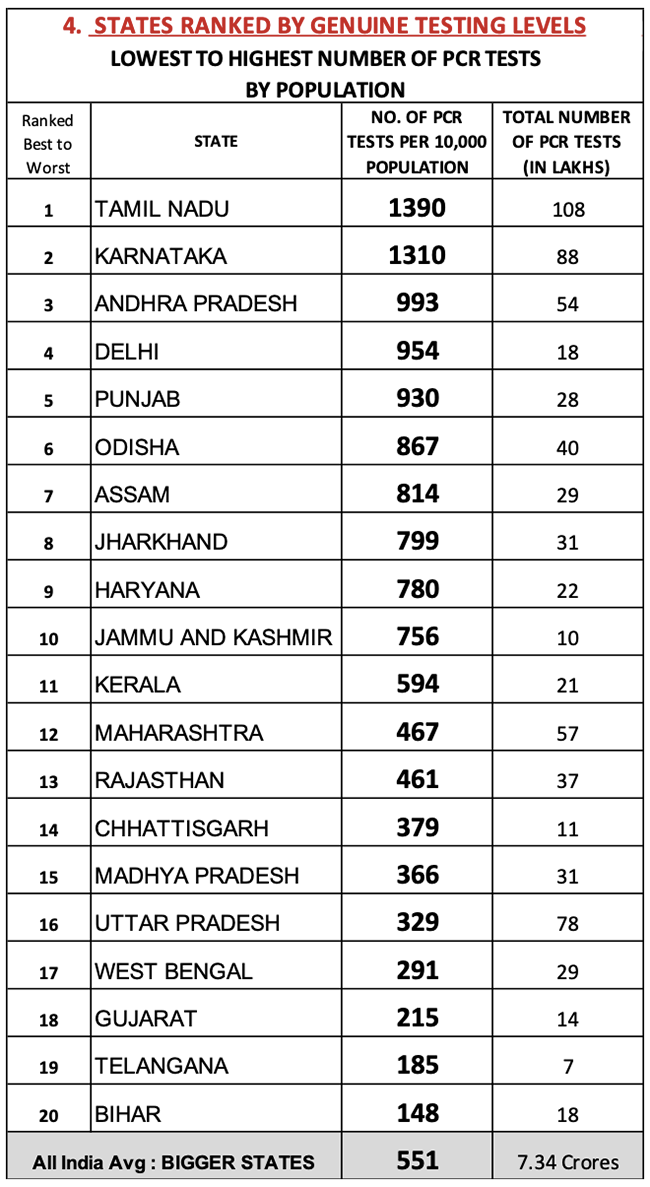